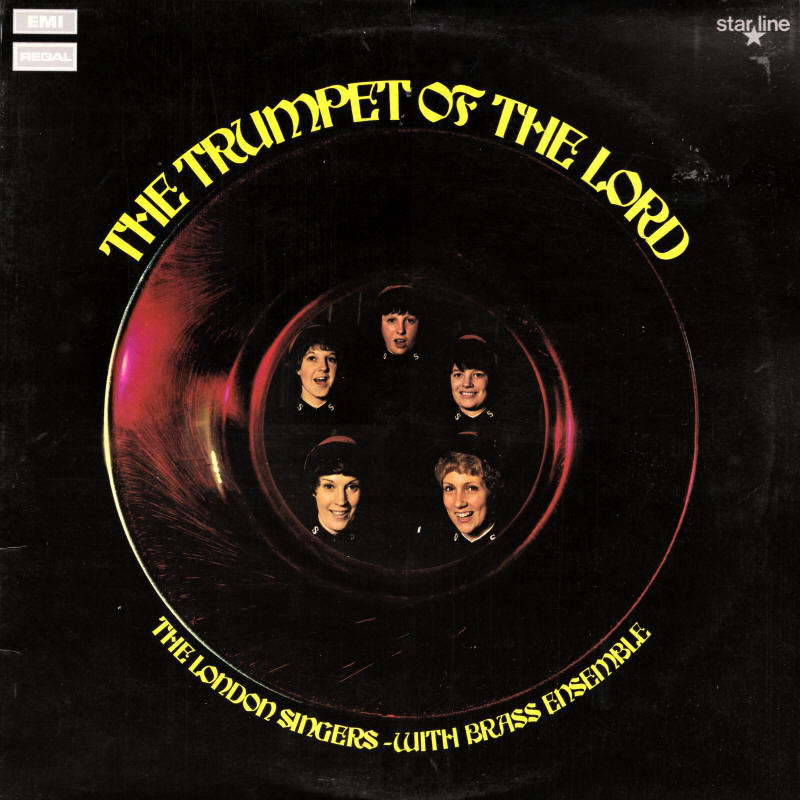 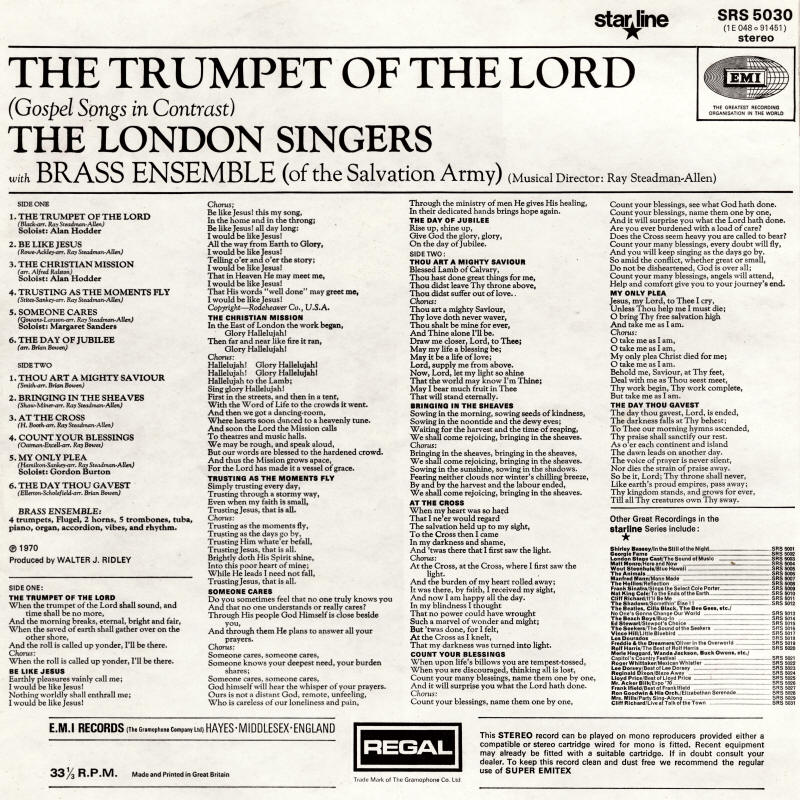 The London Singers consisted of a group of Salvationists from Ilford Corps organised by Keith Prynn. Whilst the brass ensemble was Salvationists from several London Corps. Musical director Ray Steadman-Allen arranged seven of the 12 well known gospel songs on this recording. Other arrangers include Ralston, Bowen and Bowes. The LP was produced by Walter J. Ridely.

If any other these names are incorrect or you have additional information please get in touch.

StarLine was a label associated with Capitol Records/EMI. The trademark was also used as a series on LPs released by REGAL/EMI

For the most part, the popular music output at EMI during the 1950s and 1960s depended on four men: Norrie Paramor and Norman Newell (Columbia), George Martin (Parlophone) and Walter Ridley (HMV) the producer of this LP. The individual output of each of these four producers was prodigious and, taken together, they defined popular music in the UK.

Ridley's many successes included "Dreamboat" (Alma Cogan), "No Other Love" (Ronnie Hilton), "My Special Angel" (Malcolm Vaughan), "Shakin' All Over" (Johnny Kidd and the Pirates) and "Hippy Hippy Shake" (Swinging Blue Jeans). He also produced big-selling albums by The Black and White Minstrel Show (which was not considered controversial until the mid-Sixties).

The tracks on this album were all recorded in one evening session. Following the success of ‘The Trumpet of The Lord’ two years later Ridley produced another LP featuring the London Singers with a brass ensemble called ‘Sound The Battle-Cry’.