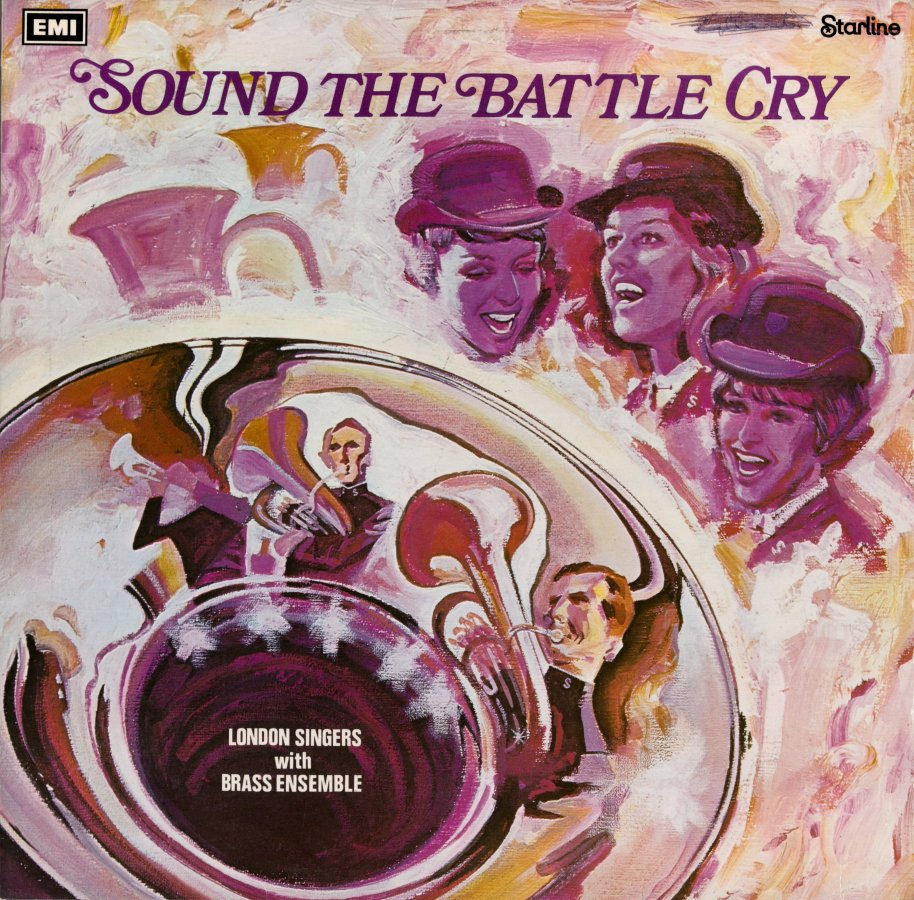 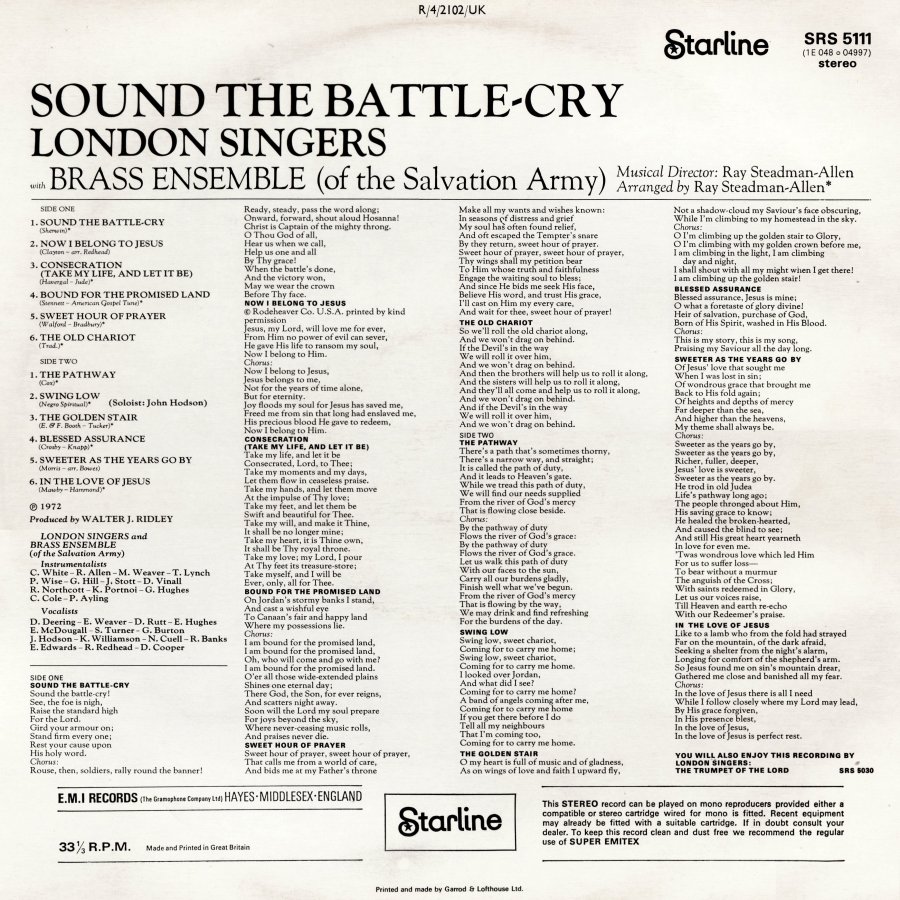 The London Singers and Brass Group consisted of Salvationists from the London Corps.

If any other these names are incorrect or you have additional information please get in touch.

StarLine was a label associated with Capitol Records/EMI. The trademark was also used as a series on LPs released by REGAL/EMI

Following the success of ‘The Trumpet of The Lord’ two years later Ridley produced this LP featuring the London Singers with a brass ensemble. Under the musical direction of Ray Steadman-Allen this album became as popular as the first production.