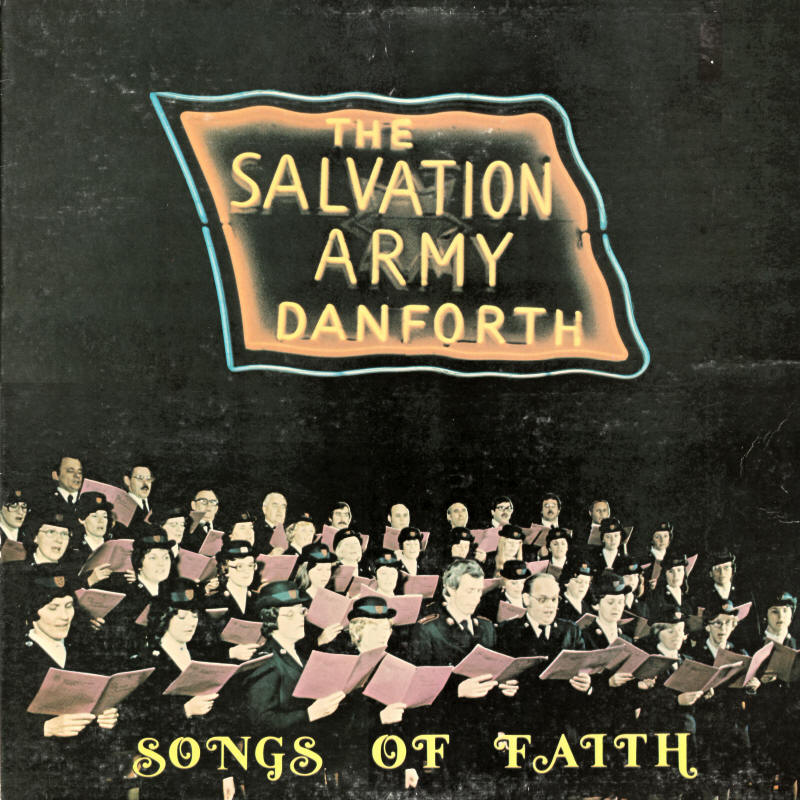 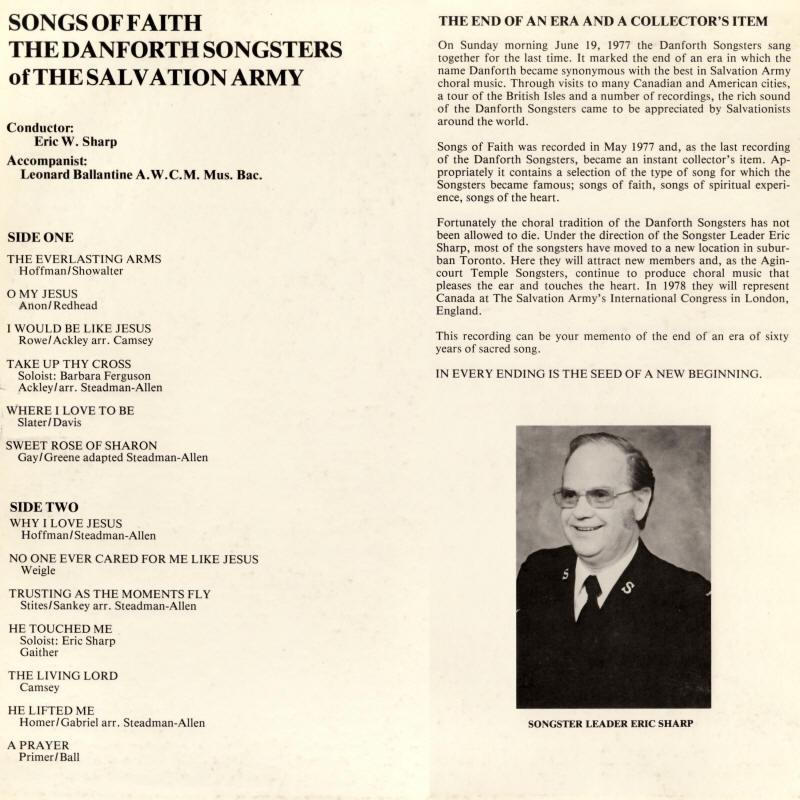 Danforth Songsters was founded in 1913 with just a few members then by 1920 they had grown to 25. At their peek they numbered 70 members. The Songsters were often featured on major radio and television networks in Canada and the United States. In 1959 the Songsters were selected to tour the British Isles, the first Salvation Army group from Canada to make such a tour.

Songster Leader Eric Sharp took on the responsibility of leadership in 1943 and apart from a break in the Second World War when he served with the Canadian Army stationed in London, UK he served as their leader for over 34 years. During the post war period migration from core areas of large Canadian cities prompted many Salvation Army congregations to relocate to suburban areas and Danforth Citadel moved to Agincourt. Eric Sharp continued as Songster Leader of Danforth (then Agincourt) until 1977.

Danforth is a district on the east side of Toronto, Cananda.