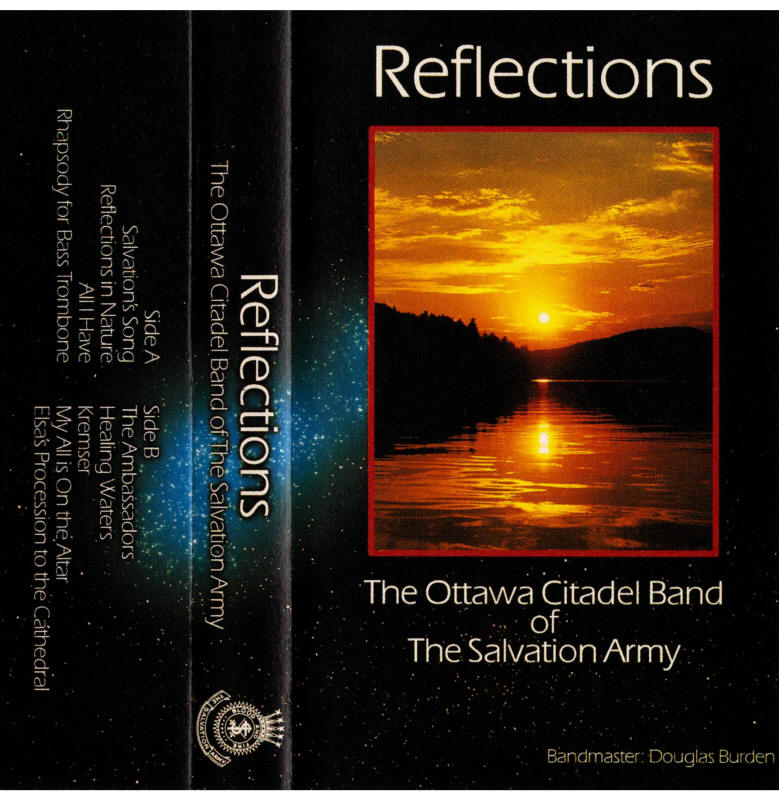 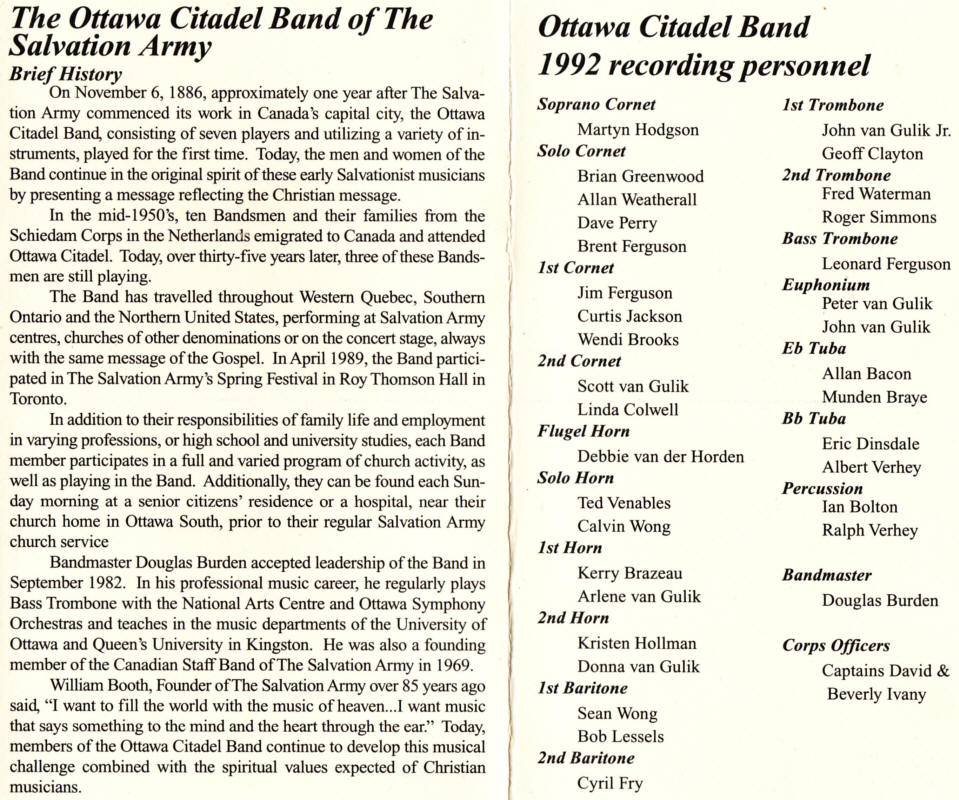 From the opening 'bombardment' in Ottawa, the Salvation Army detachment marched to the beat of the drum and sang to drum, timbrels and hand clapping accompaniments. A newspaper report dated 26 May 1885, noted that the "corps de musique" expanded to include a triangle and a concertina. By 13 July 1885, the Salvation Army in Ottawa numbered 23 'all ranks', the Band Committee had purchased an accordion and the officer played it joyfully at the head of parades.

Victor Hall, the first commissioned Bandmaster came to Ottawa from Toronto to supervise the building of the Barracks on Queen Street. Bandmaster Hall's wedding, the first Hallelujah Wedding in the city, coincided with the 3rd Anniversary of the Corps and the opening of the new building. The event may have been the Band's first fund-raiser. Wedding tickets at $.25 each were sold to 1,000 'wedding guests'.

In 1901, the 10-member Band was under the direction of Bandmaster John Duncan. In May of 1906 upon arrival in Canada, Bandmaster James Harris assumed leadership. A year later the Band had made such progress that several bandsmen were able to transfer to No. 2 Corps on Gladstone Avenue to help form a band at the new Corps.

In 1913, the Territorial Staff Band visited Ottawa. The majority of this same Staff Band was lost on 29 May 1914 when the Empress of Ireland sank in less then 15 minutes in the cold waters of the St. Lawrence River. Ottawa No. 1 Corps Bandsmen Mark May, traveling to the Congress in London as a delegate and armed with money to purchase a new trombone for the Band, was among those lost.

During the Great War, August 1914 to November 1918, the Band participated in the war effort. The younger boys filled vacancies in the ranks of the Band as more and more bandsmen left for service. Twenty-four No. 1 Corps soldiers joined the military services, most served over seas and three gave their lives in the Service of King and Country. The Band participated in the 'monster parade' that celebrated the end of hostilities and throughout 1919 was often at Union Station to welcome returning servicemen. By 1920 there were 40 players.

While the Band has expanded and contracted in numbers over the years, its commitment to spreading the gospel through music has remained. Today's Band of 29 members ranging in age from 16 to 65+ is a testament of the intergenerational appeal of Army Brass Banding.