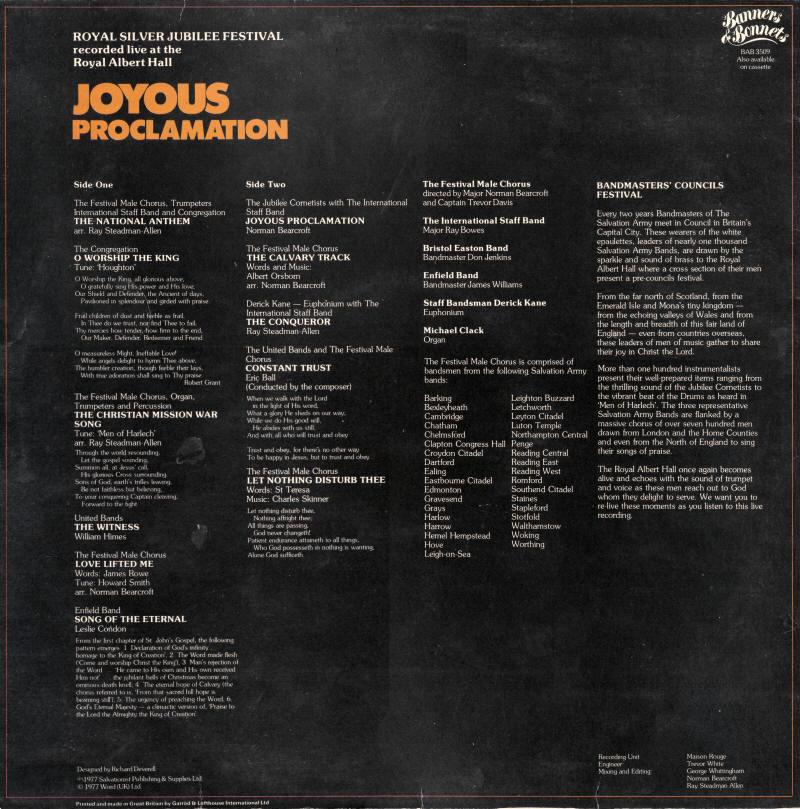 Bandmasters Councils Royal Silver Jubilee Festival recorded live at Royal Albert Hall. If you have any additional information about this recording that we can add to our database to enhance the user experience, we'd be delighted to hear from you.