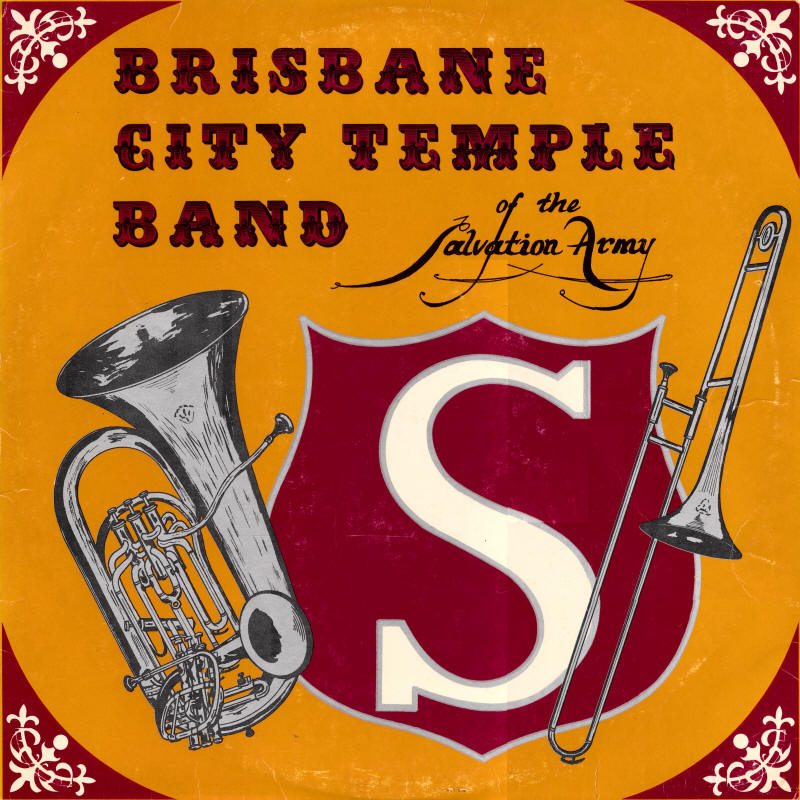 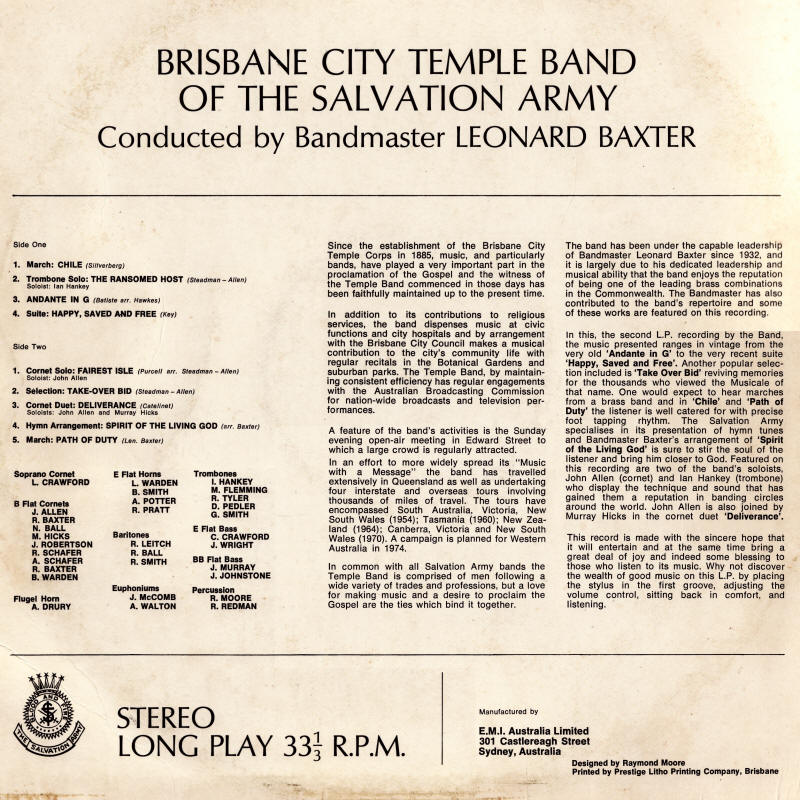 Located in the sub-tropics of Brisbane, Australia the band is recognised as one of the top Salvation Army bands in the southern hemisphere.

In 1973 Brisbane City Temple Band released this their second LP recording. The band were conducted by Bandmaster Leonard Baxter who had at that point in 1973 been at the helm of the band for over 40 years.