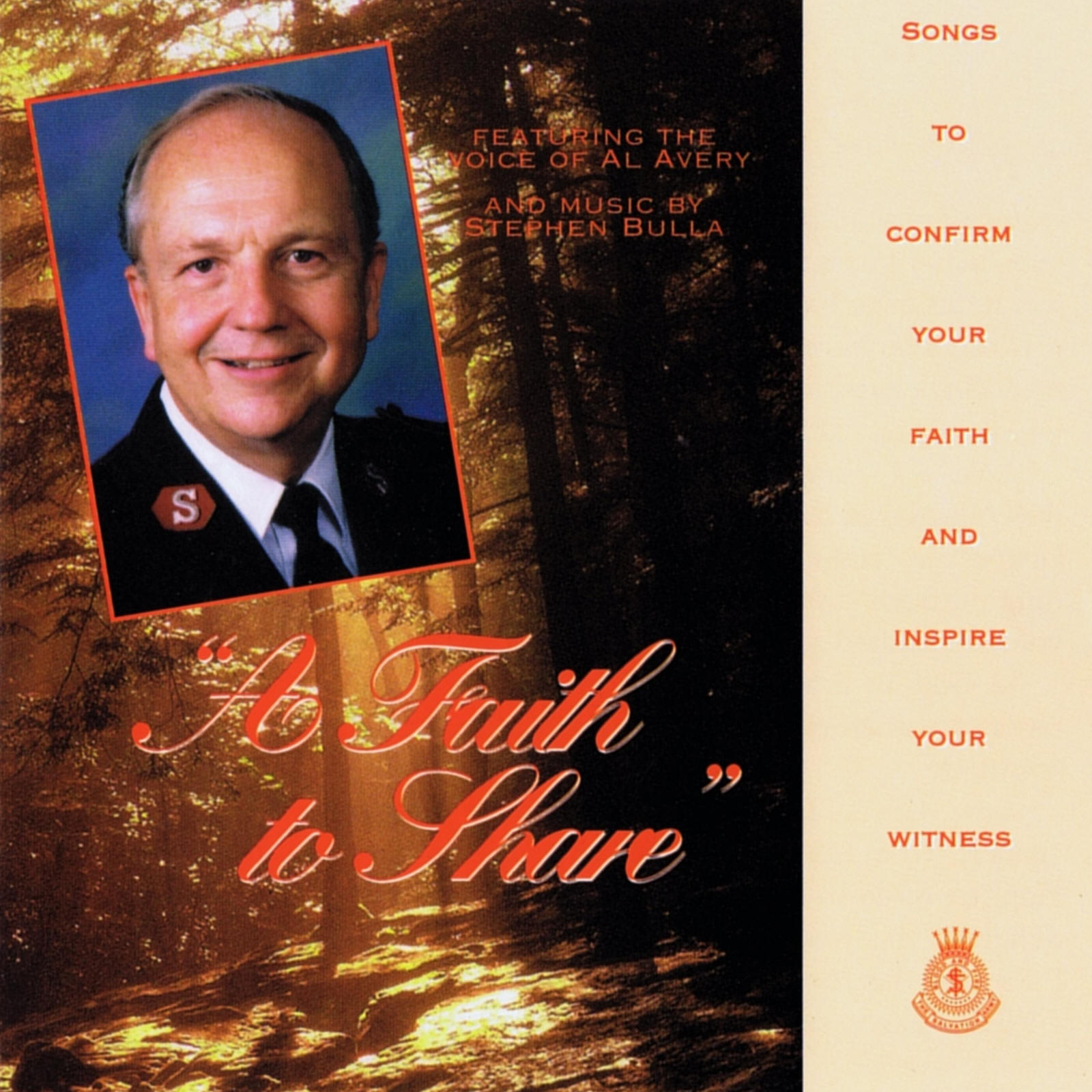 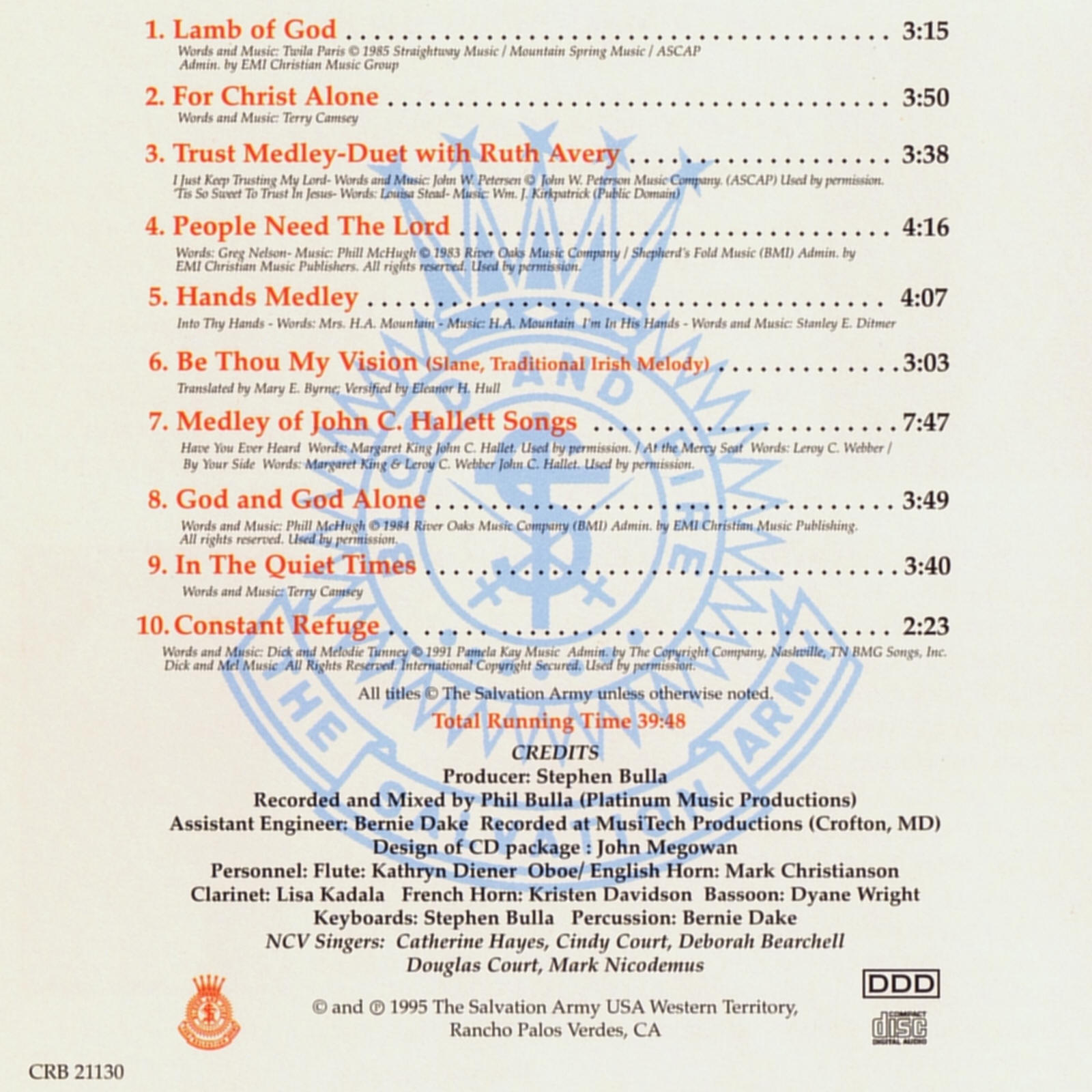 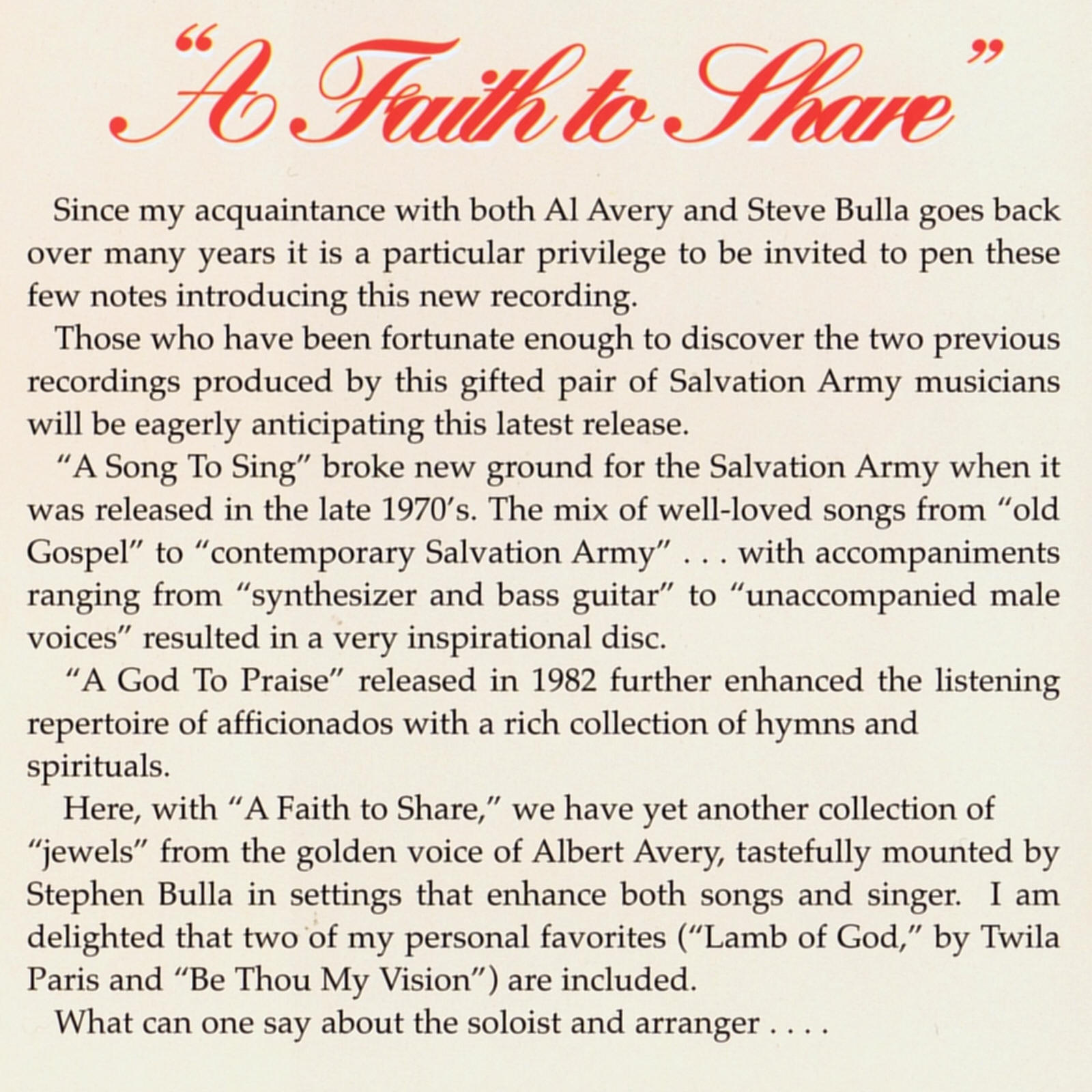 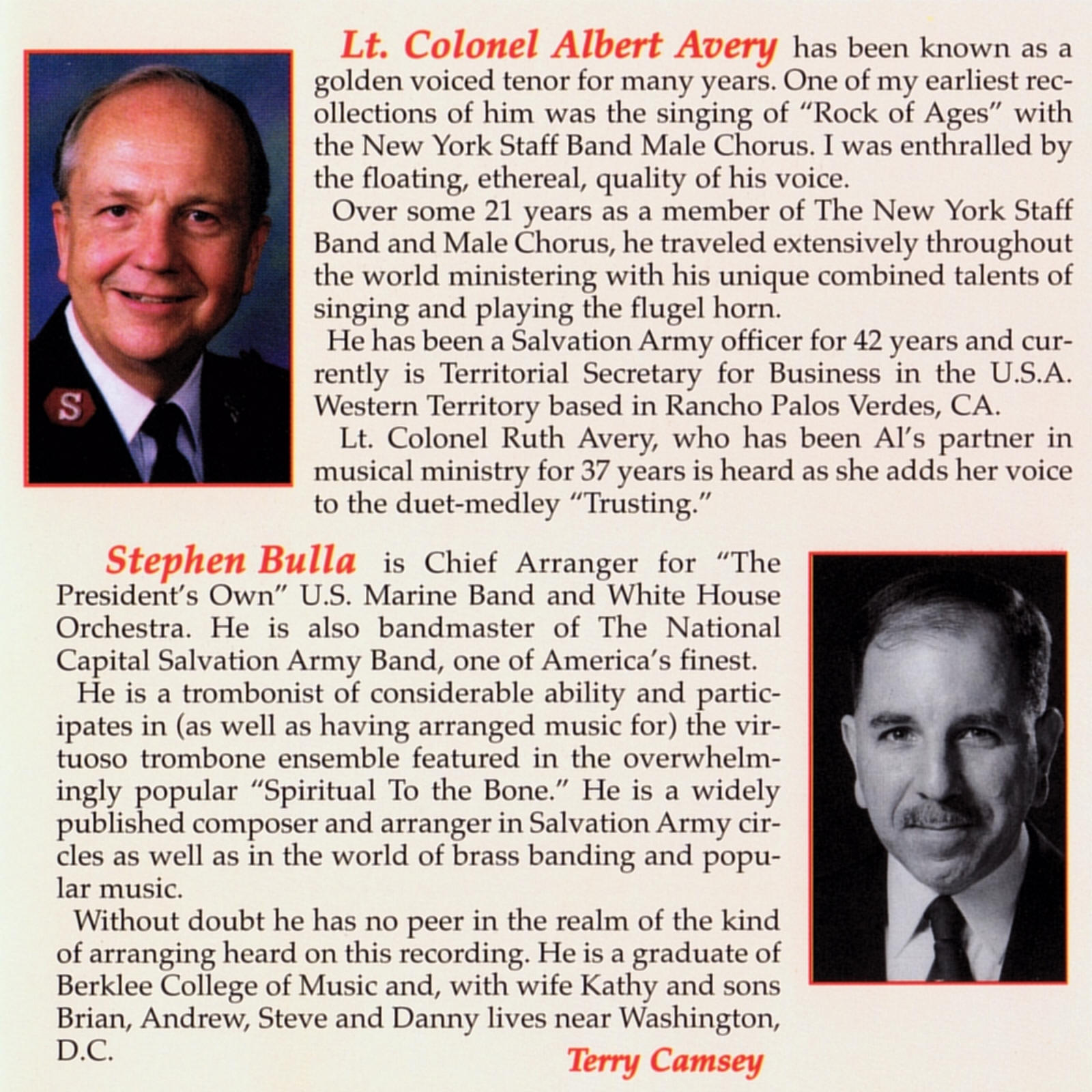 Albert Avery was commissioned as an officer in The Salvation in 1953. In 1956 he was appointed to the New York Staff Band and was soon featured as a vocal soloist on their programmes. His first recording as a soloist was with the New York Staff Band Male Chorus. His recording 'A Song to Sing' broke new ground for The salvation Army when it was released in the late 1970s. This was followed by 'A God to Praise' released in 1982 and then 'A Faith to Share'.

We currently have no information on the platinum record label other than they are in the USA. If you have anything we can add, we'd be delighted to hear from you.